Two weeks is a long time in logistics but, in looking at the data and talking to market commentators, perhaps the key marker is that during the second half of March we reached a crossover point where demand dropped below falling capacity.  How did we get here and what might it mean?  A recent timeline reveals volatility and fragility in the European land transport logistics sector.

In early March freight rates peaked due to longer transit times (border controls and truck queues up to 80 kms), drivers in quarantine (“burnt” from travelling to hotspots and / or without re-loads confirmed) and general non-harmonized border regulations.

The decline in shipments was sector-specific and fuelled cost rises.  Whilst automotive and steel volumes are down, hygiene, food and beverage, and pet food are up.  There was a mismatch in capacity demand leading to additional empty mileage or even empty return loads.  The result is effective “one way” rates, more empty miles and loss in overall capacity.

Country-specific issues were illustrated in Italy as the first European country to enforce a general lockdown and although it was patchy, 50% of exports were left searching for load space.  Carriers then had to track delivery points to establish whether they were still open!

By week 13 (week commencing 23 March), Schengen area border problems had eased and drivers were coming out of quarantine,  however demand had dropped below available capacity.  Reduced freight from Asia exasperated the lower industrial output in Europe.  Spanish government action stopped shipments into Spain whilst capacity demand fell steeply in Germany and Belgium, with spot market rates declining by up to 20%.  Whilst intermodal and freight trains had previously filled a capacity issue for shippers, they were now running half-empty.

One relevant point coming up is that Easter is split between the Catholic and Orthodox weekends (Orthodox Easter moved from April to May), thus spreading downtime.  In addition, drivers, mostly from Eastern Europe, can’t return home and end up again in quarantine and out of their cabs.  The result is that for the first time in two decades truck capacity will not be a problem around Easter!

Plans have been announced to gradually re-open shuttered factories after Easter, but expectations are that this will lead to very gradual volume increases at 2% to 5% each week with shipments rising at best to 90% of 2019 levels by Q3.

As a result of all this change carriers may wish to maintain mileage forcing spot rates down, whilst marginal costs and cashflow allow.  However, over the coming months carriers will have to cover their fixed costs and overheads or face financial ruin.  Some trucks are going to be removed from the market until late in Q3 at the earliest to better balance supply and demand load space.

It is too difficult to estimate a return to something like normal.  Even with financial stimuli and fiscal support, judgements on a return to work and the required uplift in confidence and consumption, cannot be made with any certainty given the non-economic factors around Covid-19.  This all leads to carriers trying to plan whilst having no clear idea when a balance might be struck in demand and supply for capacity.

Perhaps our best hope for now is that, after the initial crisis subsides, we can acknowledge past inaction and that all stakeholders in the logistics industry can come together to develop a more collaborative and beneficial structure which is more flexible, efficient and more sustainable in particular.

Please note this article is based on various articles, analysis, data, and interviews published or performed during the week commencing 6th April.  Sources of information are Coface credit insurers, McKinsey, TIM Consult, Transporeon, Transped Europe, the World Economic Forum, as well carriers, shippers and freight forwarders, among others.

Serge Schamschula, Member of the Board F&L 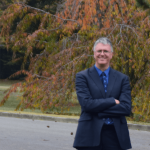 Now we know we need a flexible plan, let’s check we have clarity on a few key principles – Jan Hoffmann and Philip Evans
7th May 2020Audrey Macnab 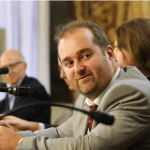 Covid-19 and legal updates: what do you need to know? Philippe Billiet
20th April 2020Audrey Macnab